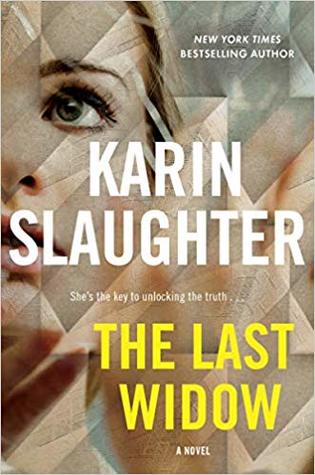 For reasons that I can no longer remember, I originally gave up on Karin Slaughter after her 2004 Grant County series novel, Indelible – this is a mistake which will be quickly remedied.

The Last Widow is the ninth book in her Atlanta GBI series, which seems to follow on from Grant County, but despite not having read the intervening ten books and assorted novellas I fell straight back into the narrative.

Dr Sara Linton and GBI Agent Will Trent are en route to an emergency when they stop to help at the scene of a fatal car accident, but things are not as they seem, and the situation quickly deteriorates for both Sara and Will.  Torn apart, they need to summon the strength to deal with a white supremacist militia group, and to quickly discover what they want with a CDC scientist.

The Last Widow is fast paced but loses nothing for the urgency with which it is told.  It’s well written, terrifyingly relevant to current events, and gripped me from start to end.  The only bad bit was that it ended, but at least I’ve added another ten books to my reading list.

I received an ARC of this book in exchange for an honest review.