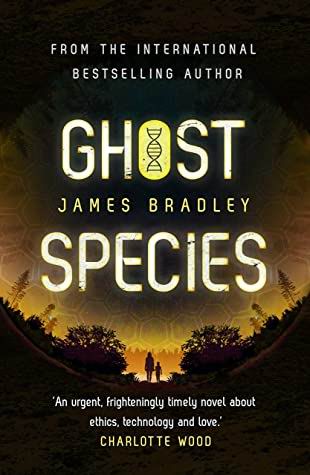 When scientists Kate and Jay are summoned to Tasmania by an unknown person to discuss a mysterious project, they decide that the trip is worth it just for a change of scenery on somebody else’s expense account. The last thing they expect is to be asked to head a secretive and ethically questionable rewilding project, a project which may be the only thing standing between the world and total climate collapse.

Billionaire Mark Zuckerberg-alike Davis Hucken has found the key to de-extinction, and wants to restore whole ecosystems, starting with pre-historic megafauna to slow or even stop the loss of permafrost, snow, and ice in the Arctic. He has teams working on the animals, but he wants Kate and Jay for something further – he wants to de-extinct Neanderthal man. Despite Kate’s reservations, the couple agree to work on the project, but has anybody really thought through the ethical morass of recreating another species of man? When the first baby, Eve, is born, who and what is she?

Genre-wise, this is difficult to pin down. Peri-apocalyptic cli-fi, definitely, but also sci-fi, speculative fiction, and even literary fiction.

The premise of Ghost Species is excellent, but I’m a little disappointed by the direction in which it went. For me, the book concentrated too much on Kate. In parts it became quite boring and pedestrian, which is quite the achievement when you consider the subject matter.

There are obvious parallels to Michael Crichton’s Jurassic Park, but the de-extinction process is more scientifically sound than extracting DNA from blood-sucking mosquitoes stuck in amber. The permafrost is melting, releasing stored carbon dioxide and potentially problematic bacteria and viruses, but it’s also giving up animal remains that contain soft tissue and even liquid blood. The theory of driving ecosystem change through reintroduction of certain animals is sound, too. The example given of the Yellowstone wolf reintroduction causing a trophic cascade is factual and is well worth finding out more if you’ve not come across it before.

Personally, I would have preferred more of a spotlight on the science side, and the public and legal reaction to the experiment. Is Eve human? What rights does she have? Does the fact that she was produced in an experiment mean that she is the property of the foundation? I also would have liked more on the public reaction and environmental reaction to release of megafauna.

Ghost Species is currently available in e-book form, but a paperback version is being released in January 2021.