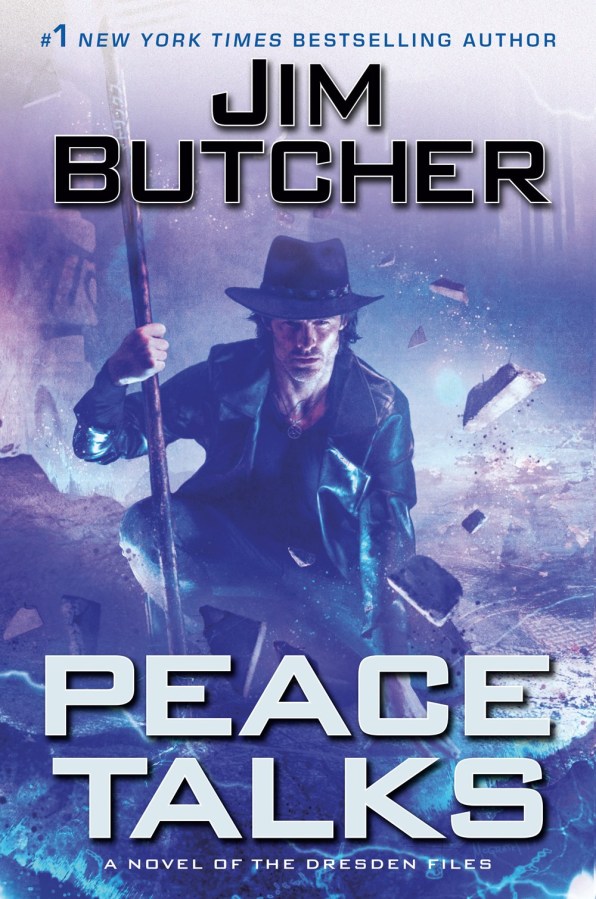 Harry Dresden is back!

It’s been more than six years since I read Skin Game, the previous book in the Dresden Files series – not because of losing interest in the series (I love it), but because real life interrupted the author’s output – so I was pretty worried that I wouldn’t remember enough of the storyline to fully appreciate the new story, but it was like slipping into an old pair of slippers.

Harry is his usual smart-mouthed self, desperately trying to do his best for everybody whilst being forced into conflict with the very people he’s attempting to protect. His positions as Winter Knight and Warden of the White Council were always going to clash, but Peace Talks is where the wheels really begin to come off the bus. Throw in some major family problems, and Harry’s lot is not an easy one.

Peace Talks is unusual in that the Dresden Files novels can ostensibly be read as standalones. This has been becoming less true as the series has progressed, but I can’t see how a new reader could just pick up Peace Talks and go; there’s just so much that’s gone before. It’s also unusual in that it should really be classed as volume 1 of a two-volume book with the next novel, Battle Ground. Fortunately, Battle Ground has already published, so if you choose you can go straight onto it from Peace Talks – I did, and it’s more than worth it. Think of Peace Talks as the calm before the storm, and Battle Ground as the explosion of the most violent storm you can think of.

Harry is back. ‘Nuff said.

I received a free reading copy of this book in exchange for an honest review.